Viral vicars and the gospel...

A Twitter friend of mine is the lady vicar who led the flash mob at a wedding last week.
http://youtu.be/SZDQ3daF33I
It is all going rather viral now, with the Guardian and other reporting on it.
And even some of my clergy colleagues condemning it for being irreverent, and not appropriate within a liturgy.  Thankfully, the ones that I've spotted with this sort of line have only very recently been ordained so I suppose know no better. They will hopefully grow up to distinguish between their own preferences and propositional statements on 'right' and 'wrong.'
There is also a great big slice of clergy anxiety about it all.  "But <I> couldn't do that...!" is what it seems to be about.
Each of us has to minister in a way that fits us, our shape, our spirituality, our personality type.  Kate Bottley is and extrovert who likes to dance, evidently. Others are not.  She can declare love and blessing and the grace of the gospel by the delight that she gave others at that church wedding. Others have to try and do it their way, with the people that they come across and working with their own selves.
Where does this blog post go? I don't dance at weddings: never been asked, probably never will.  But joy, laughter, putting people at their ease, making it their day as well following liturgy: all those things feel important as we proclaim a gospel of love, redemption and life lived in fullness
Posted by Bishop Andrew at 11:29 4 comments:

The speaker at last night's General Synod dinner was Professor Tom Devine.  The name rang a bell for me, but in my ignorance I must confess I didn't know that much about him.  A Scottish historian, leading academic, that sort of stuff. (Image from forargyll.com) 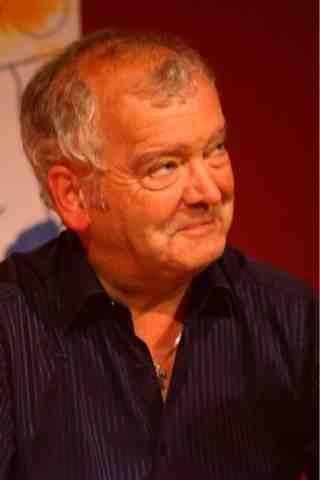 He spoke last night as a Scottish Roman Catholic, in the wake of the events of the past few months and years.  Not a comfortable place to be starting from.  He was upbeat about his church, and as a historian seemed to have good historical reason for so doing.  He ended by saying that future "was not his field" which neatly sidestepped the crisis that their leadership, who lack an empowered laity and have some rather horrendous systemic issues, must now face.
The thing that I heard was the change in what it is to be a Scottish catholic, from the tribal basis of even as recently as the 1960s.  The working class discriminated group that were Scottish (/Irish) Catholics at the start of the 1960s have now become leaders of Scotland.  Judges, politicians, leaders of industry (but less so the financial sectors...) all are now occupied as easily by Catholics as by anyone else.  The influx of English firms/organisations, and English Catholics (of which my parents were two) changed all that.  It doesn't now matter.
My take: maybe religion doesn't now matter, so who cares about the denomination/faith/tribal loyalty of people? It does matter in many places still - the tribal loyalties of the old times are still present in Scotland.  Episcopalianism doesn't quite fit neatly into it.
But I was struck by my personal response to Tom's talk.  My father was a university professor. His father was a shipwright on the Mersey.  He was part of a social revolution that turned merit into a factor in where one could aspire to be, rather than class or tribalism.  He was a catholic, although became disillusioned with tired rhetoric from out of touch men in black who seemed more interested in maintaining a self-satisfied status quo that transforming themselves or others (at least that's what I think happened, when he walked away some years before his death). But he worshipped the ground that John Henry Newman walked upon, and the energy of the Jesuits who educated him (with no sinister undertones).
My own swim - from the Rome side of the Tiber, changing into the Tweed as I came back north, confuses me with where I am with my own Catholicism, which is still part of what defines me.  You can take the boy out of the Catholic Church, but you can't take... Etc. etc.
I think my late father would have enjoyed discussing Tom's talk with me, and seen himself in some of this revolution where being a catholic is no longer an obstacle to progress in Scotland, as Scottish structures and society have changed.
But it seems that celebrating the fact that religion is less relevant (the negative way of reading this revolution in the last 40 years) is very uncomfortable for 'professional religious people.'  How do we make ourselves relevant to a Scotland that doesn't see religion or denominations as relevant or meaningful matters. How do we proclaim a gospel in a post-sectarian society?
Posted by Bishop Andrew at 09:55 No comments:

I write this as I'm travelling back from the annual General Synod of the Scottish Episcopal Church.  This is about two and one half days of time gathered in Edinburgh, with representatives coming from the furthest corners of the country (/province) to debate the issues, rules, structures and way forward for the Anglican church in Scotland.
This was my third synod in the three years since I came back home to Scotland.
And I would have to be honest that the papers, when I received them, did not fill me with excitement.  There were no decisions to be taken, it felt, that would drastically affect the life of our church, its mission or its members.  There was a lot of business, and papers and processes on the table that were about things of great importance.  But not a lot was going to be decided and moved on.
Now, as I sit on the train to Glasgow, near to several of my colleagues, it has been a very important synod.  But because of what was NOT done at it.
The issues that face us as a 21st century Christian presence in Scotland are many and varied, but some of the most critical must be numerical (and financial) decline, engaging with the state's moves to equalise marriage and, to be frank, working out who and what we actually are.  These matters were the context of the discussions, whether it was reflecting in how we train leaders (which needs to change, but has much history and baggage), how we encourage mission at national, diocesan and local level (which could be seen in terms of money grudgingly trickling down) or how we discuss sexuality issues ( which it seems optimistic that any process could be convergent) but no decisions of a material nature were taken.
I suspect that a certain head of steam will now build up in the members of the synod, at least those who are activists and wish to see change.  And this, I suspect, will force some of these issues to the point of quicker decision that the viscous processes that we seemed in danger of adopting in the days just gone by.
Prayerful, careful, listening. Careful, loving reconciliation. Walking alongside other Christians in our and other provinces (and other denominations). These are all essential to our life as a church.  But a positive, focused, decisive and confident church that has the courage to make decisions and become relevant in the 21st century.  That is what I believe we need to be. 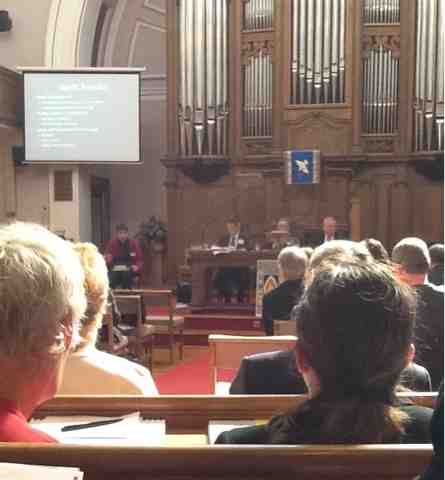