Hogmanay again - time to reflect - after a fashion!

Many of my fellow pisky bloggers are reflecting on their past year as 2014 draws to a close.  I enjoy their reflections, e.g. Kelvin or Pip - but always hesitate, fingerless-gloved fingers above the keyboard (I lie about the gloves - the rectory study is pretty warm) - while I wonder where to start. Most years pass and I don't comment, but this year I will have a go! But to keep it fresh, here's a few things that did NOT happen this year...

Once again, aliens did not invade the earth, seeking to annihilate the human race and scavenge the resources of the planet. The fact that the 'plot' of Independence Day did not unfold has not, however, prevented the rise of the extreme right wing in British politics, blaming Bulgarians, Poles and Sylvanian families for the woes of the world in the absence of evil green space beings. Plus ca change. 2015 will again, I suspect, fail to see the alien invasion. But the right wing politics will continue to grow.

Time has not ended this year with a trumpet call, rivers of blood (etc, etc., see The Revelation of St John for details) and the dead rising from the their graves (or reconstituting themselves from the scattered ashes of their more carboniferous components). This has once again failed to happen, despite the ongoing apocalyptic signs (wars, rumours of wars etc. - see the gospels) and the development of modern understanding of the functionality of the universe.  This has disappointed a very great many people. Because if it did happen there would be a...

Revival in the church! Which has also not particularly happened this year. My own suggestion for a new strapline for my own Scottish Episcopal Church ("Mumbling in Cold Buildings Since 1688"), a small homage to Eddie Izzard, might have helped reverse the gentle, non-apocalyptically inflated decline, and it was even (unwisely) made at a national meeting about that sort of thing, but thankfully no one took too much notice of it. The wisdom of trying to grow healthy, inclusive, socially engaged Christian communities is good, and continues to go on. In places.

But 2014 has been a good year. Many challenges, both locally and nationally, have appeared, and some are still being worked through. 2015 will be more of the same...
Posted by Bishop Andrew at 10:09 No comments:

To one all all. Have a blessed and peaceful Christmas and a guid New Year... 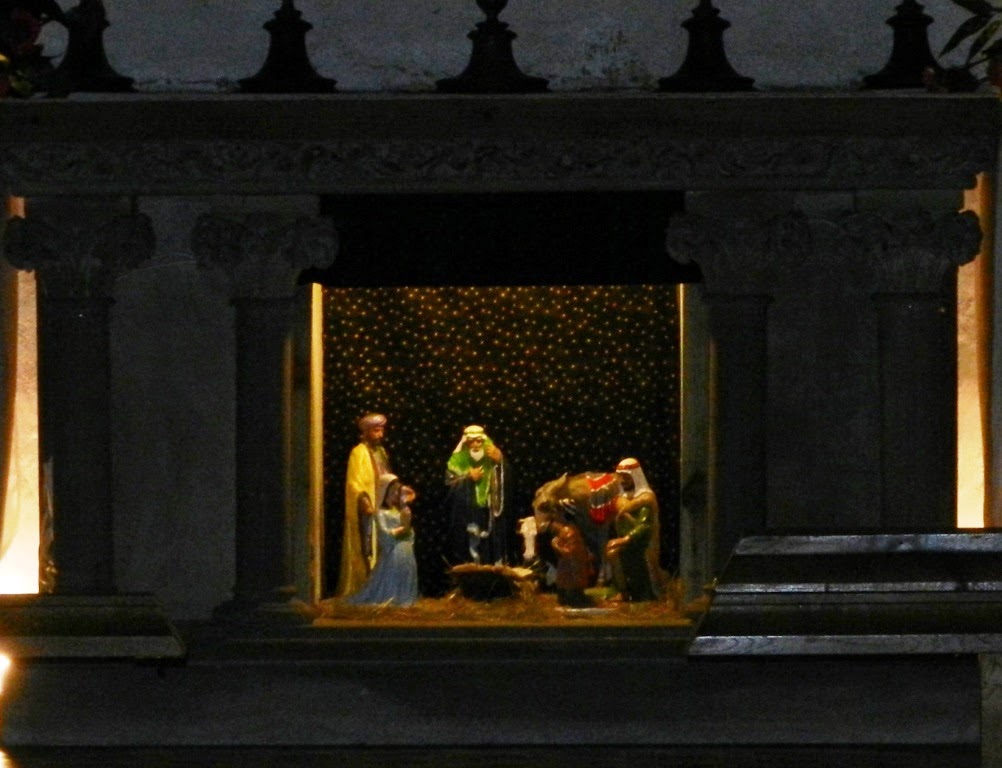 Posted by Bishop Andrew at 11:58 No comments:

Apparently the Scottish Episcopal Church is in crisis, according to the Herald today.

To me, it feels as if the SEC is doing what it does best: engaging with issues of the day, not accepting a stance that feels imbalanced or theologically skewed, and not blindly accepting a model of authority that does not feel Scottish Episcopalian.  There's plenty of coverage about what's happening out there: e.g. http://www.changingattitudescotland.org.uk/ has excellent digests of the social media coverage.

What to add? What is my concern? I am one of those in the church who favours extending our definition of marriage to include people of the same gender. I do this after serious reflection on the gospel and culture, engagement (hopefully intelligently and thoughtfully) with scripture and a great deal of prayer and discussion on the nature of justice and the kingdom. As have many others, with differing views.  The processes in our church will rumble on, maybe accelerated, maybe not, but they will reach the point where decisions are made about our sacramental and legal life. Safeguards will be sought, accommodation worked on, speeches made, votes taken.  That's how it works.

But I also feel we must take history very, very seriously.  What has actually precipitated the 'crisis' (that I don't entirely feel IS a crisis?).  I would like to pick two points in history.

In 1688, the Scottish bishops decided not to swear allegiance to William of Orange. The SEC has largely projected a romantic non-juring veneer onto this decision, drawing in subsequent events like the slightly revolutionary consecration of the first bishop of the embryonic United States of America against 'English' wishes. But the non-juring decision resulted in the near annihilation of the episcopal party within Scotland. Ministers lost their livings, people were persecuted and jailed. A decision, made for honourable reasons, by the bishops, all but destroyed the episcopalian tradition in Scotland. There's a long and complicated story of how we came back from that, but the SEC is still a small, fragile shadow of a church. Because of that decision, in 1688.

Should 450 Church of Scotland ministers have rejected the authority of the state and landowners to control the affairs of the church, and have walked out of the General Assembly? Well, they did. Should the clergy (and laity) of the SEC have objected publicly to the authoritarian and legalistic stance of the recent guidance from the college of bishops? Well, we have done.

I don't believe our current situation is in the same league as those moments, but the themes are not dissimilar...


In character, the SEC is diverse. The church celebrates diversity and values dialogue alongside dogma.

Much of the worship of the church is sacramental in character – its patterns of worship are full of drama and colour which links together the experiential with the intellectual.

The Scottish Episcopal Church likes to think of itself as a thinking church and values a high standard of preaching. Alongside that thoughtfulness goes a deep commitment to spirituality and prayer.

In its governance, the Scottish Episcopal Church is collegial and democratic rather than centralised and directive. It delights in its non-established status.

It is deeply committed to civic society and public discourse but wants nothing to do with establishment. It is more a community of disciples than an institution with membership.

The SEC today pursues its calling to mission and ministry in the very secular and increasingly diverse context of Scotland and the rest of the world.

The seven bishops see themselves as ‘leaders of mission’ and the church attempts to draw into its life people who are beginning to travel a journey of spirituality.

That sounds like a church that I would wish to be a part of...
Posted by Bishop Andrew at 06:04 4 comments:

Message from over the sea...

An old friend of mine is a minister in that blessed and historical Christian tradition, the Brobdingnagian Reformed Church. The issues they face are giant in complexity and importance. It is heartening to see that we are not the only church that is struggling with the doctrinal impact of our canons on the mission and pastoral life of the church. He sent me an extract from a recent missive that he received from the horse and cart of the privatized Brobdingnagian Regal Mail 24 week guaranteed delivery driver:

The General Assembly of the Brobdingnagian Reformed Church

Guidance for Clergy and Lay Readers in the light of the prevalence and acceptance of the wearing of Christmas jumpers in contemporary culture. 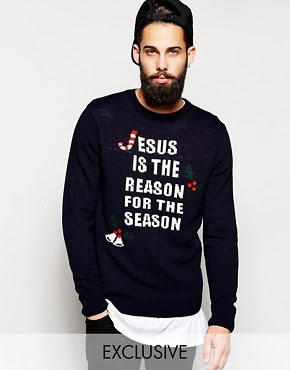 The Brobdingnagian people have become greatly engaged in recent years with the modern practice of the purchase and wearing of garish, tasteless Christmas jumpers. The Brobdingnagian Reformed Church (BRC) is always conscious of its missional position in modern Brobdingnagian culture, so is willing to engage vigorously and openly with a period of discussion regarding its understanding of the wearing of Christmas jumpers in the life of the church. Pending the conclusion of this period of discussion, this guidance has been produced to support and inform clergy and lay readers, as public representatives of the Church, in the exercise of their ministries and in their provision of pastoral care.

Some churches and other religious bodies have an explicit doctrinal understanding of clerical vesture, and the increasing acceptance of Christmas jumpers, therefore, potentially gives rise to a number of issues for such bodies. The doctrine of vesture for public services of the BRC, as currently expressed in Canon 34 of the Code of Canons, is that “it shall suffice that Priests and Deacons be vested in surplices.” The canon reminds us that “sundry inconveniences do often arise from sudden changes in local uses thereof.”

The church recognises that the possibility of donning a Christmas jumper exists as much for clergy and lay readers as for any other member of the population. Clergy and lay readers are, of course, authorised public representatives of the BRC. At the time of their ordination and upon any subsequent appointment, clergy promise to render due obedience to the Code of Canons. Lay readers also undertake to adhere to the BRC’s doctrine and act under the direction of their presbytery.

As things stand, a clergyperson or lay reader who chooses to don a Christmas jumper for public services will put themselves in a position outwith the BRC’s doctrinal understanding of vesture as expressed in Canon 34. While the BRC’s doctrinal understanding remains as currently expressed, the expectation of the presbyteries is that clergy and lay readers will not don a Christmas jumper for public services and that anyone considering such a step will consult their presbytery moderator.

Have a very merry Christmas


(but no Christmas jumpers…)