I'm not the only blogger this holy week: thisfragiletent is giving it his particular view and perspective. But my Holy Week continues.

Tuesday is Holy Week is betwixt and between, taking a scriptural viewpoint. The many activities continue: today I am picking on the tourism of Jesus and his disciples. They wander the streets and look about. Mark's account is the typically tersest (NRSV):

"Many people spread their cloaks on the road, and others spread leafy branches that they had cut in the fields. Then those who went ahead and those who followed were shouting,  ‘Hosanna! Blessed is the one who comes in the name of the Lord!
Blessed is the coming kingdom of our ancestor David!
Hosanna in the highest heaven!’

Then he entered Jerusalem and went into the temple; and when he had looked around at everything, as it was already late, he went out to Bethany with the twelve."

They had a look around. There are fights, teaching and tension. But today they look around. Tourists, in at the big city. What do we make of that? The events still unfold, but there is something delightfully selfie-stick and status updating about that final line...

Today in my 2015 Holy Week, we told the Holy Week and Easter story to over one hundred 12 and 13 year olds in the local school. 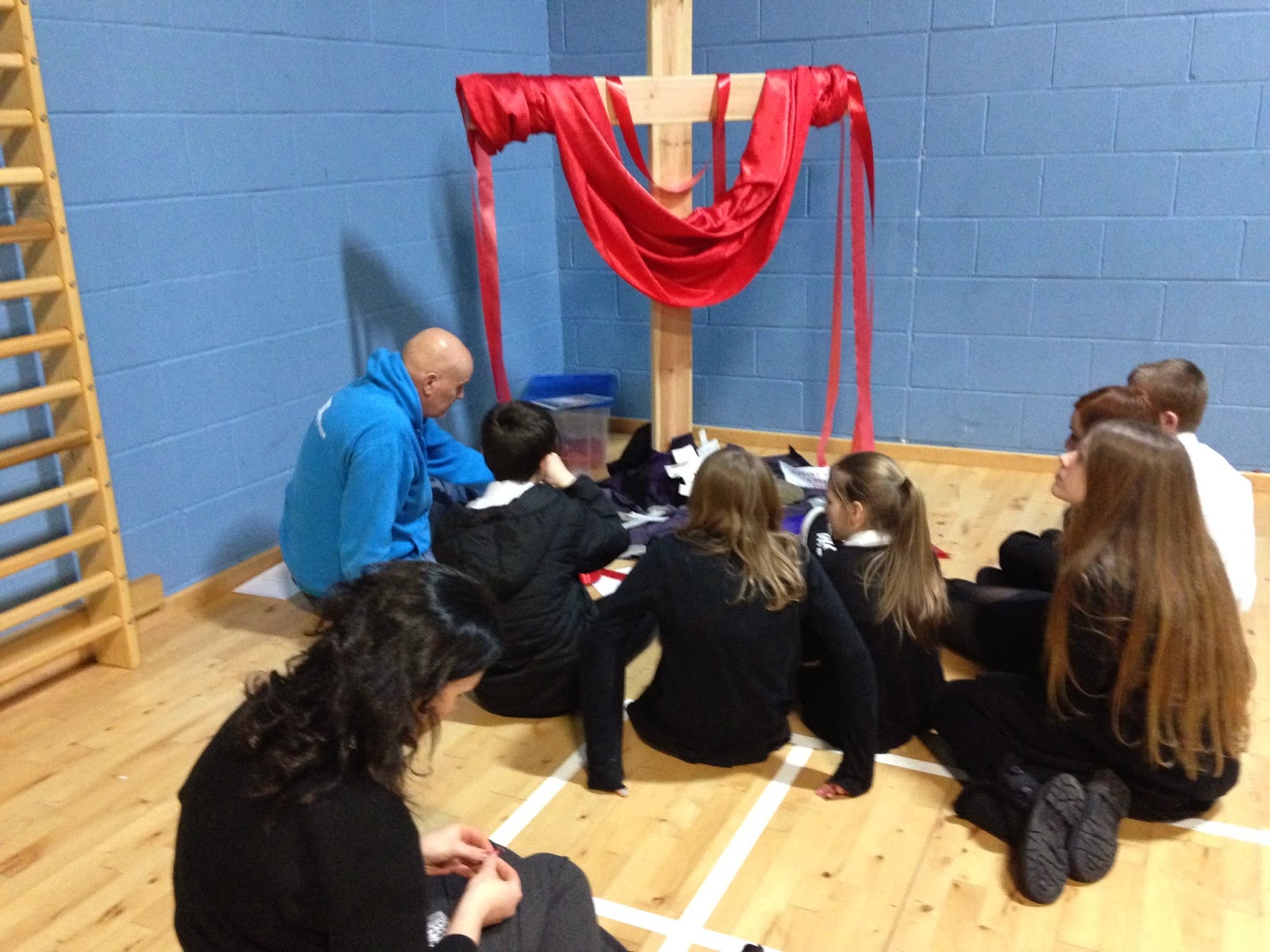 What did they make of it? Were they religious tourists as we played out some of the events of that week? Or receptive young minds hearing the word of God? Or a bit of all of those sorts of things.

But we remain betwixt and between. Another day of this waiting before the Triduum starts to gain momentum, the events start to get out of control... But an important day of waiting!
Posted by Bishop Andrew at 13:02 No comments:

The first part of this week is a waiting time, between Palm Sunday and the Triduum ahead of us. There are attempts at a structure to the biblical accounts, making what are not intended to be coherent events coherent.

What was Jesus doing? What did his followers make of this time? The gospels give us temple cleansing (not John, of course, where this is much earlier), teaching, some miracles. And threats. The steady growing of the threat to Jesus' life.

Today, as a modern day religious leader, we have photocopying, populating rotas for dramatized passions, encouraging other service leaders and musicians and pushing all for attendance at ecumenical services.  And a funeral. And all the usual pastoral niggles and delights.  It is a time of busyness, and waiting, and looking forward to the race through the end of the week. And to the golden day at the end.  And to the holiday after the end of that.

But today, on Monday of Holy Week, we photocopy, fold, phone and prepare...

Clocks went forward, but the people came anyway. The king on a donkey, greeted with the raucous 'Hosannas' of the crowd, is a draw now, just as he was 2000 years (or so) ago. We didn't process outside in the heavy showers - soggy ground underfoot, a church on a hill and no donkey all conspire to keep us indoors.

But we kept the start of the week. I reflected (morning and evening) on the scene after the event. Abandoned palm branches, a few ownerless cloaks. Some poor souls trying to tidy it all up a little, as the storm clouds start to gather on the horizon in Jerusalem. The ecumenical service on Bute, for the fifth time, is a start to a very different but very common journey.

And we managed to avoid spoilers about the destination...

This year, my plan is blog through Holy Week, with a reflection at the end of each day of the week. Starting today, let's see how that goes...

A visit, in mid February, Bishop Michael of Zanzibar and his diocesan secretary the Revd Nuhu Sallanya. They travelled to England, to Scotland, to Edinburgh, to Oban and, finally, to Dunoon.

We pray daily for the Diocese of Zanzibar: it was wonderful to put faces to the names and rekindle the flame of friendship.

And Nuhu had a selfie-stick! Does it get any better? 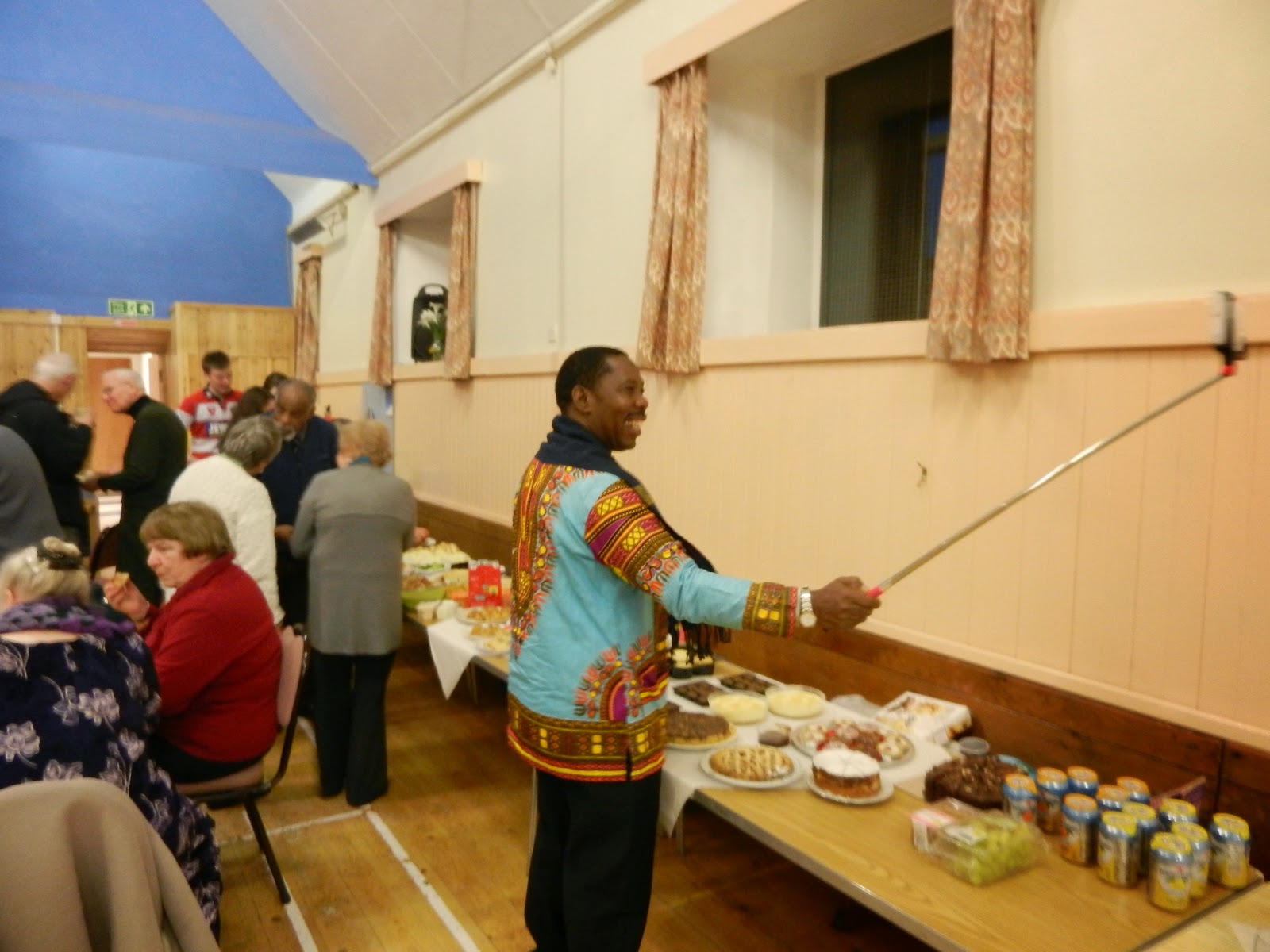 Posted by Bishop Andrew at 11:35 No comments: