Another betwixt and between day. "Spy" Wednesday, I suppose, with Judas building up to his task of betrayal, is one option for today. The midweek eucharist on Bute had the account from John's gospel, Jesus dipping the bread and passing it to Judas to start him on his task of giving up Jesus.

In a more than one church charge (I only have two, so not an extreme at all) it is hard to keep a focus on Holy Week equally in all places. There is (for ecumenical and slightly complicated reasons) no Maundy Thursday service in our church on Bute, so we have elements of Maundy Thursday on the Wednesday. And I stripped the sanctuary, alone and quietly, after the congregation had departed to the rest of their middle of Holy Week day. 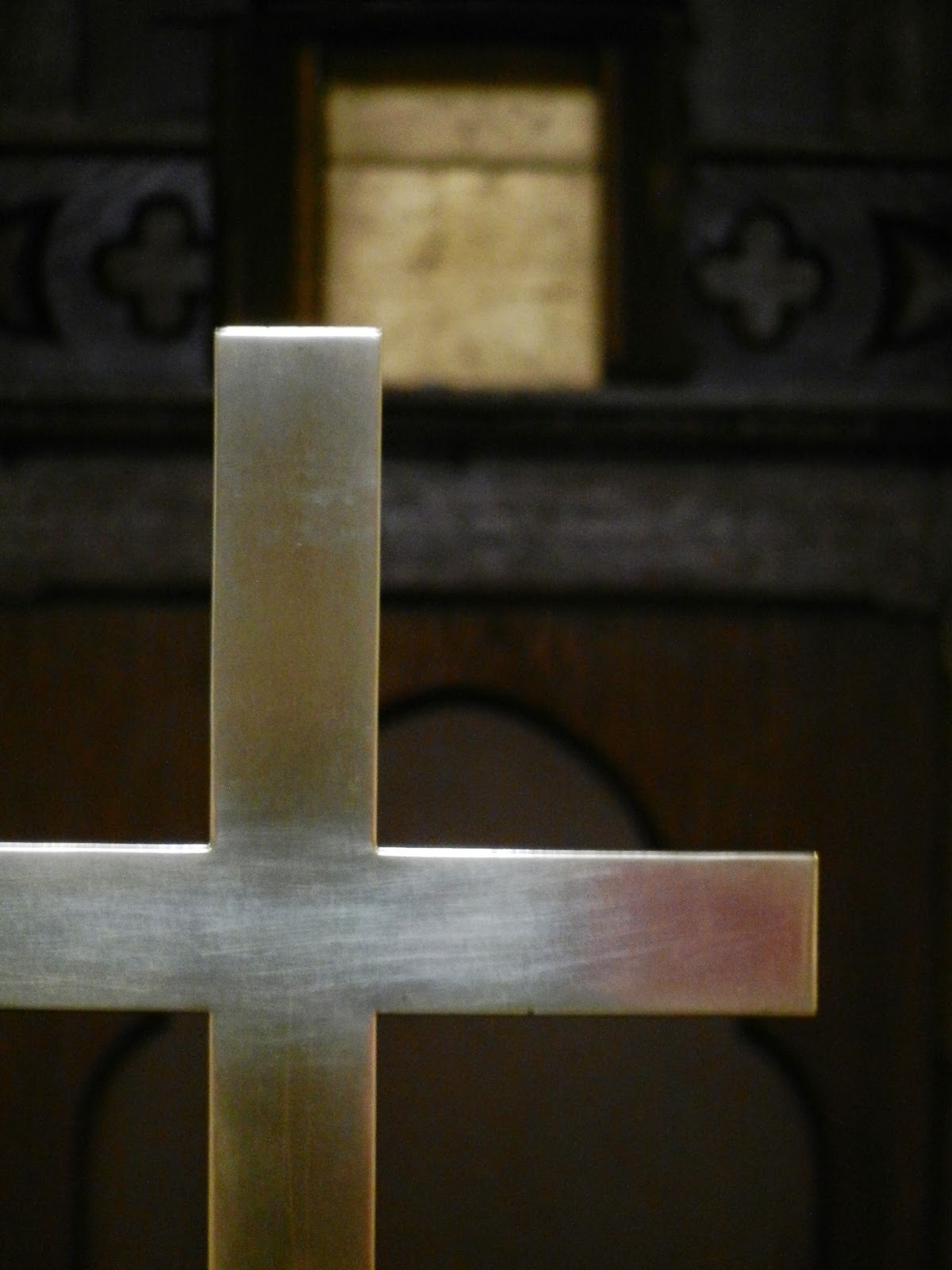 I had never noticed the gilt paint in the open aumbry, seen hazy in the background behind the displaced cross. Hidden treasures?

But still a day to go until the Triduum starts in earnest. A funeral in the morning, a town person, nothing to do with the church, other than having made connections in the past few years. As bustling and ordinary as Jerusalem at the Passover during Roman occupation. People being born, dying, doing everything else in between. No silence and stillness, just bustle and holiday busyness...
Posted by Bishop Andrew at 07:53